And we commorate him in this article

“Elik was born from the sea”….

These  are the most famous opening words in modern Hebrew literature. This sentence became a literary watchword, defining the quintessential sabra, or native born Israeli: born of the sea on the shores of Tel Aviv, This powerful image has come to be associated withthe entire Sabra generation of Israel . 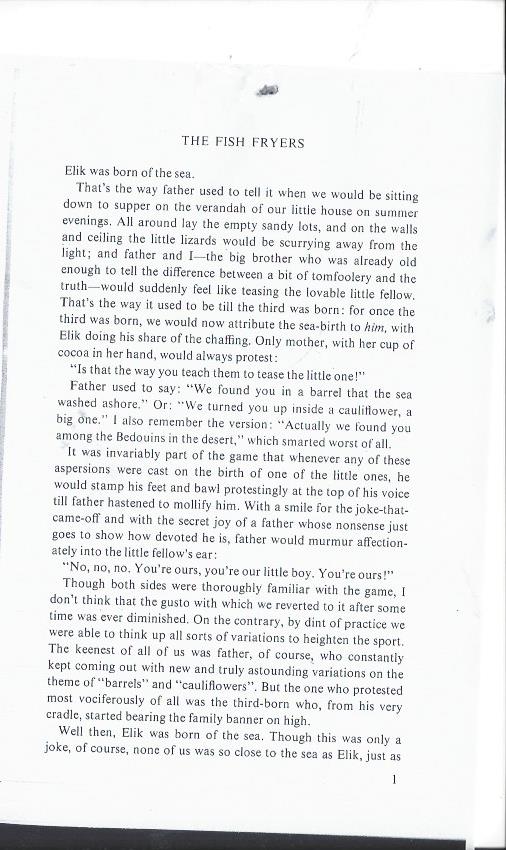 This words  begins the novel With his own hands: Elik’s Story (1951() written by  Moshe Shamir and described the life of his brother Elijah “Elik” Shamir the commander of a guards station on the way    who had fallen in a battle  with six members of his squad  on a journey that  never ended in an   aid convoy to besieged Jersualem the city of Jerusalem  in the in the War of Independence On 22 January 1948, 70 years before the publication of this article. , A journey that became part of Israeli  national memory.   The Last day of Elik Shamir was burned in the national  memory. It  served as the basis .to the final of a classic book 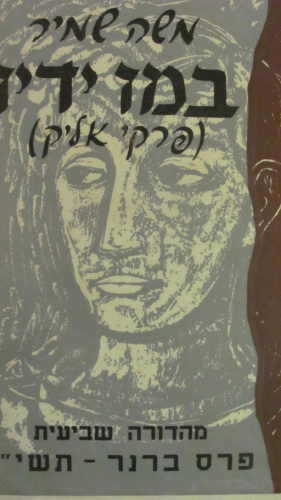 The book With his own hands: Elik’s Story is an account of the short, eventful life, of Moshe Shamir’s brother Eli, from his childhood to his murder by Arab marauders.  ספר של גHe was leading a group of Hagana defenders  The book   became an icon of that war and of  Israeli literature in general. Elik’s Story was translated into English, adapted into radio plays, And  for television movie . It is one of the greatest Israeli bestsellers of all time, selling to date over 150,000 copies. It even  became part of the program of study in schools 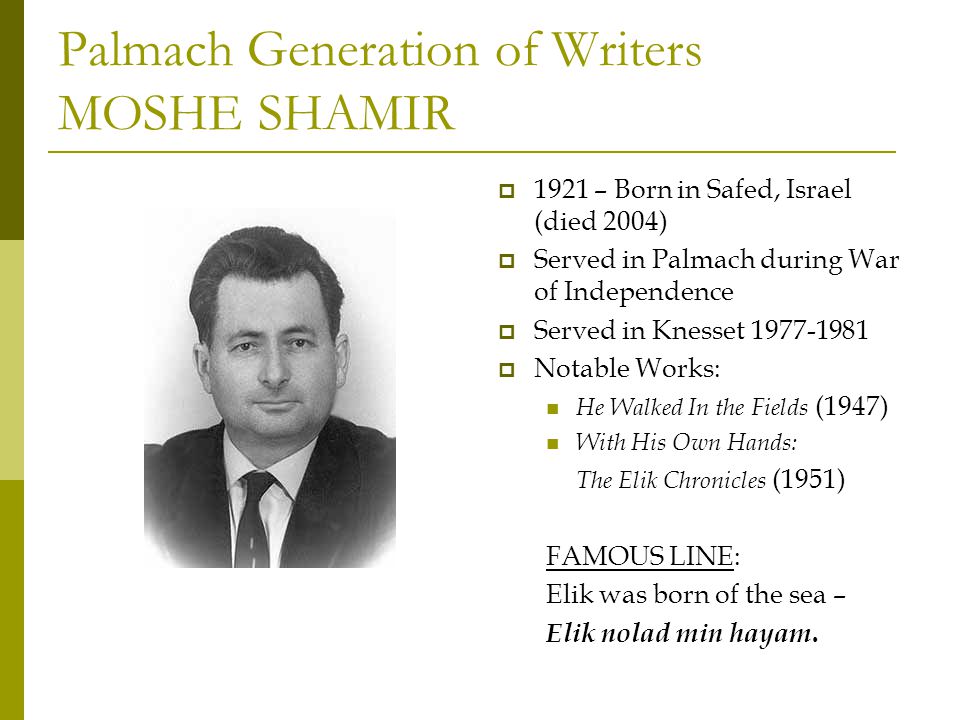 To commemorate Elik Shamir death we bring here 2 chapters from the book in English translation: The first  are  the thoughts  of the writer about the character of Elik his brother  and his heroism and was written shortly after the death of Elik rand is taken from The Living rampart :an anthology dedicated to the struggle of Israel /edited by Yehuda Haezrahi London : Zionist Youth Council, [1948]

Elik at the final battle .picture by Samuel Katz 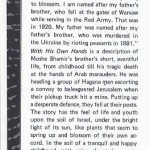 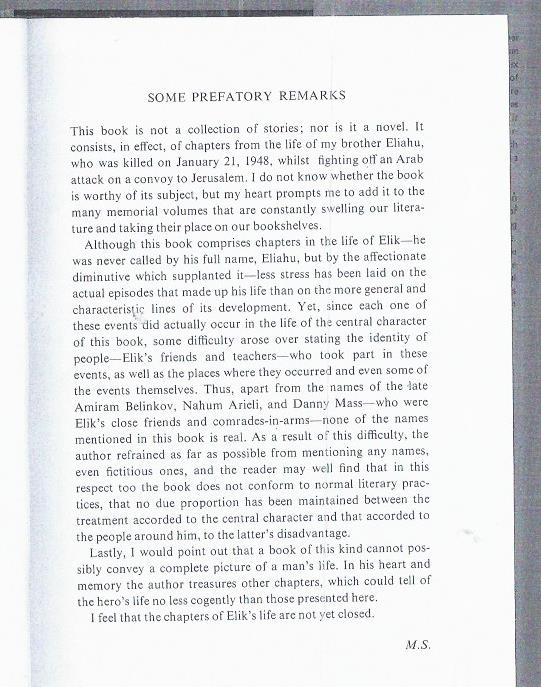 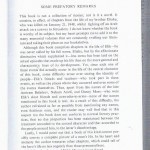 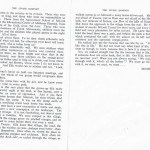 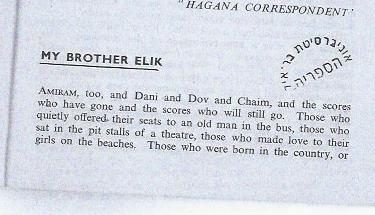 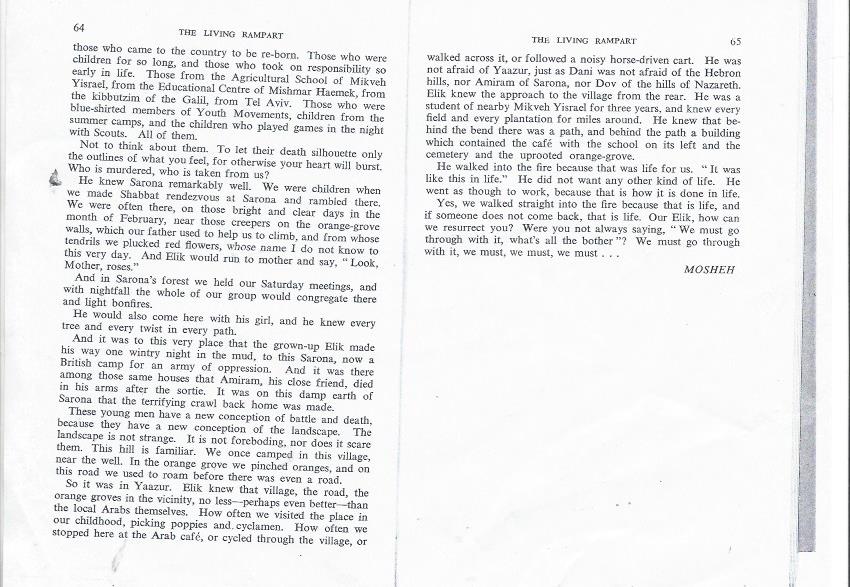 The second  describes Elik  last hours and the final battle  and is taken   from With his own hands / Translated from the Hebrew by Joseph Shachter Jerusalem : Israel Universities Press, 1970 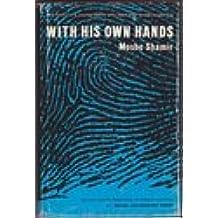 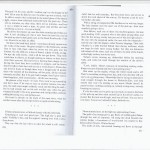 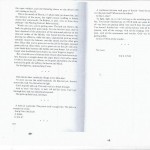 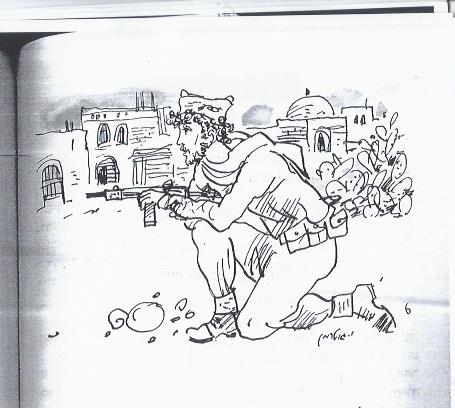 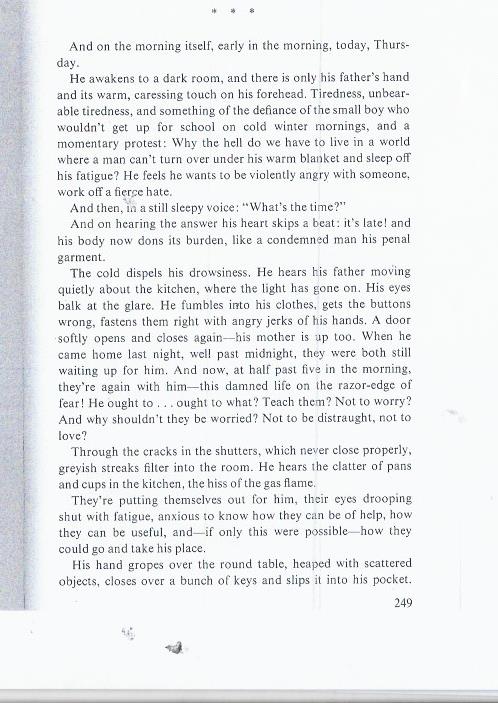 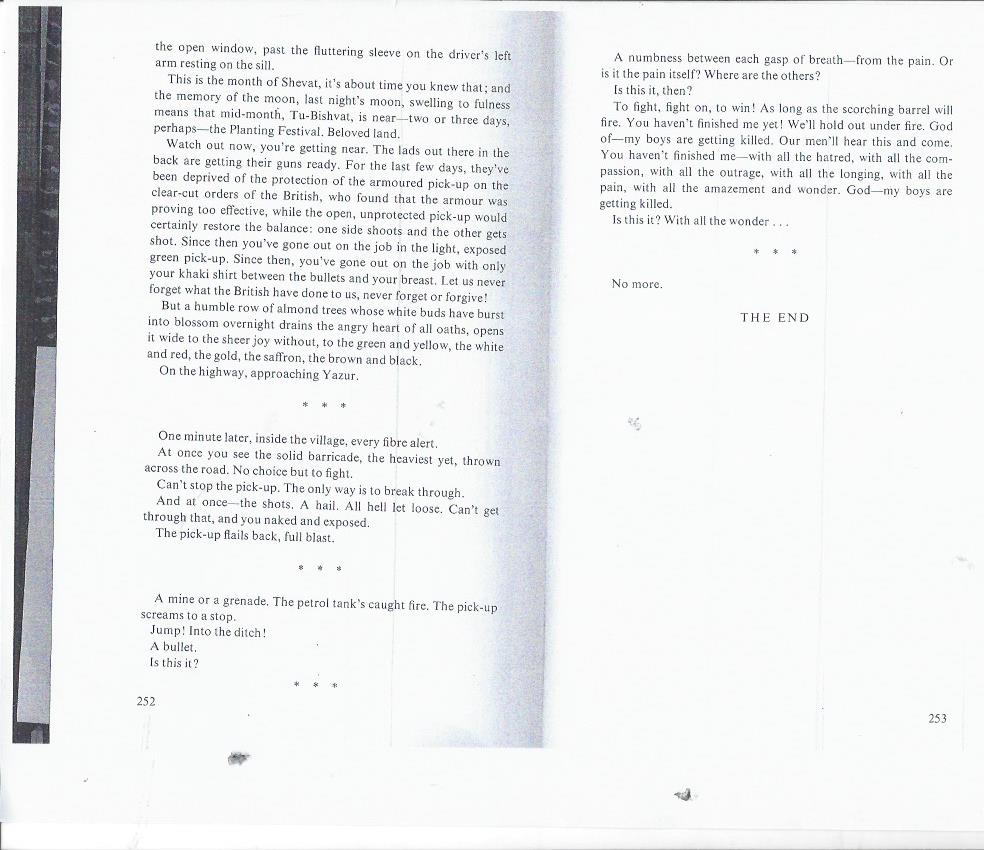 A new comics by Daniel Goldstein about the final hour of Elik: 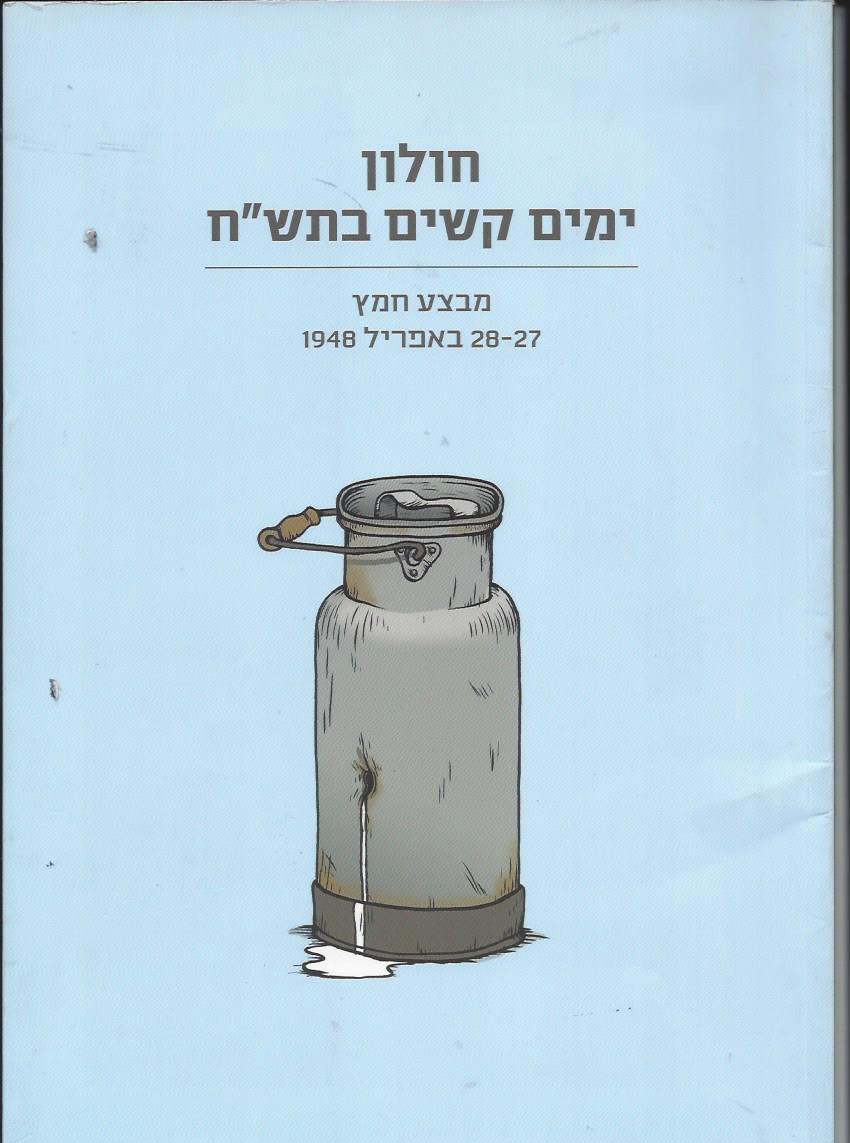 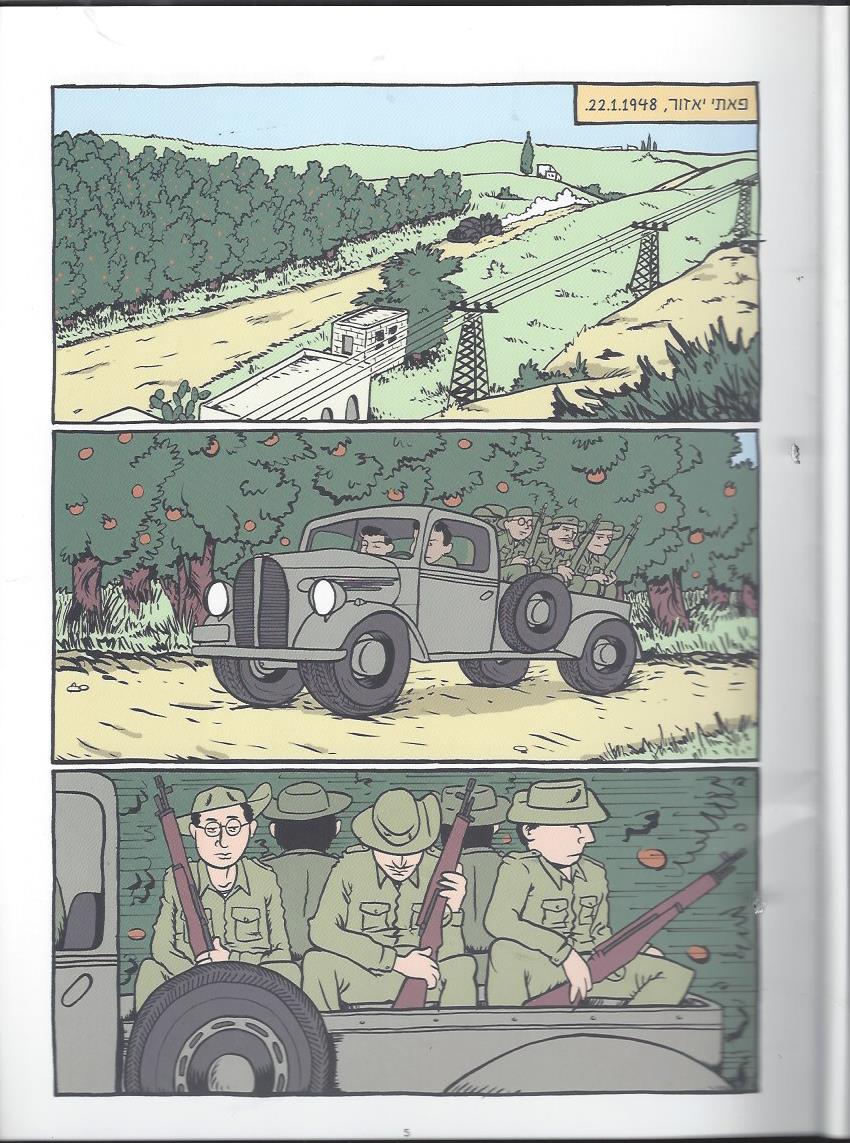 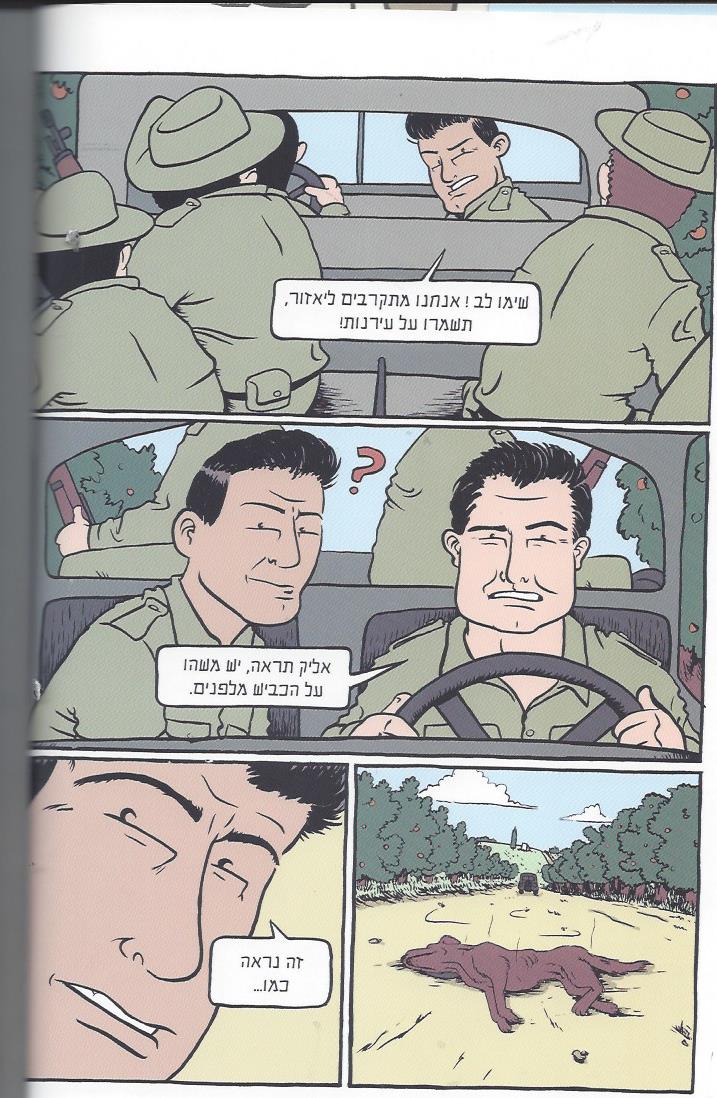 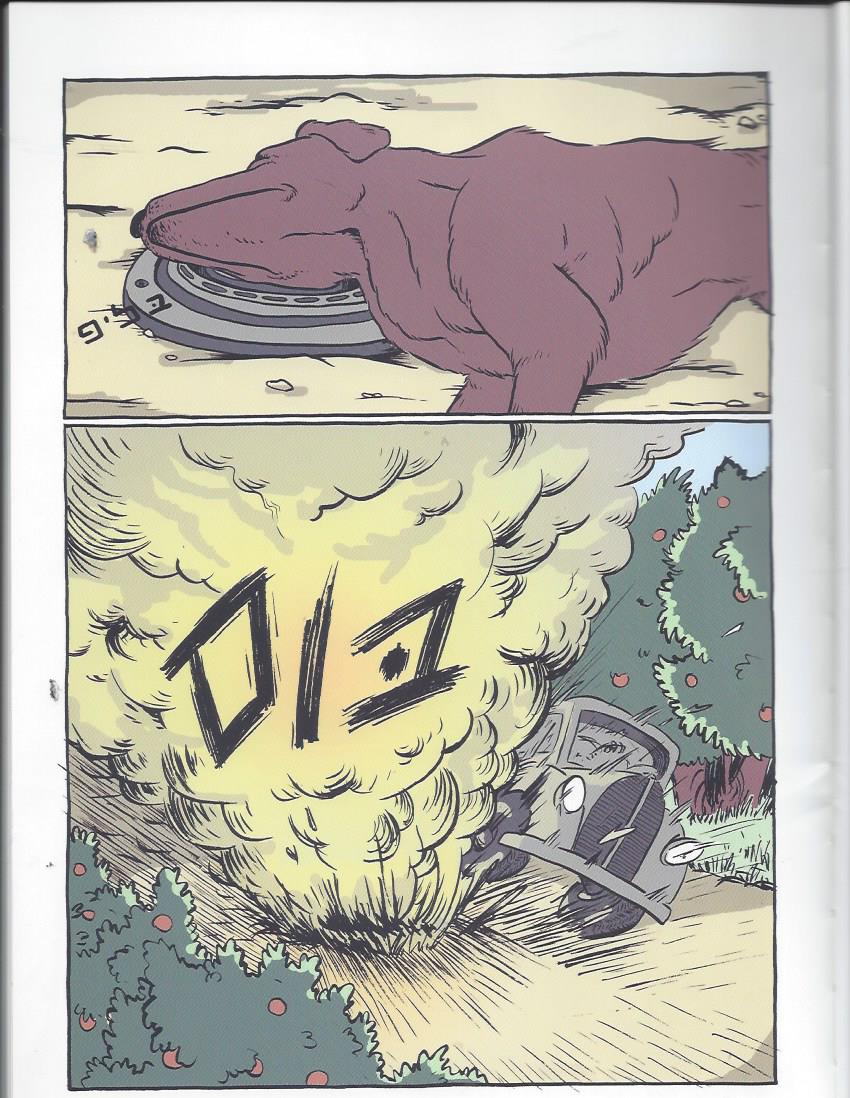 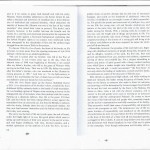 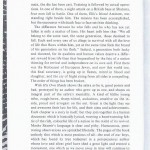 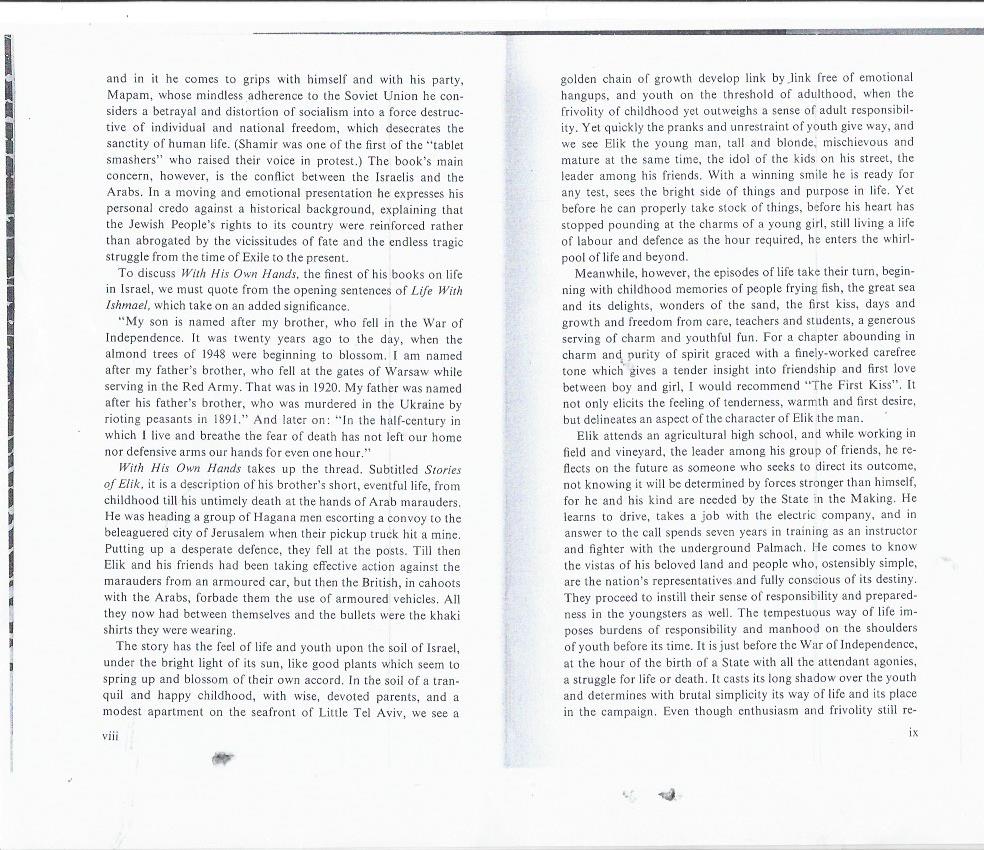 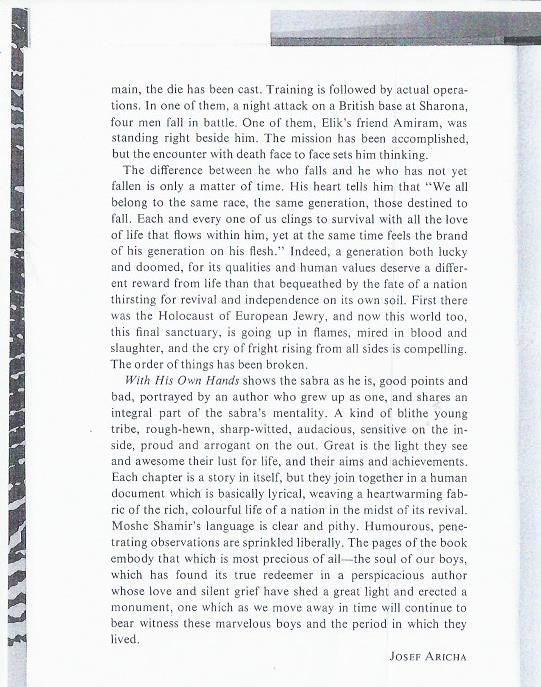 More documentary  material about Elik Shamir and his :last day can be found here

The last day of Elik Shamir

The longest day : more about Elik

Moshe Shamir in the Wikipedia

Elik of the sea : an animated movie based on the character of Elik Shamir